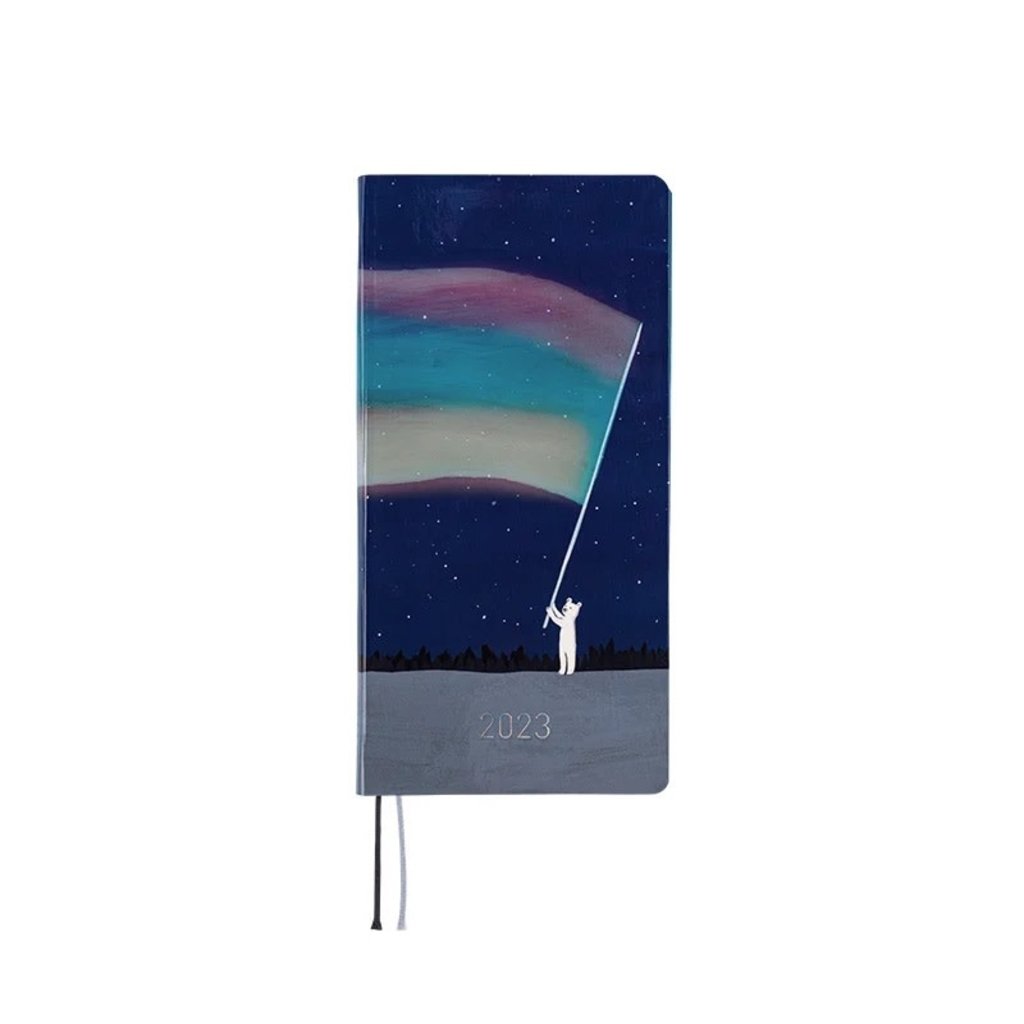 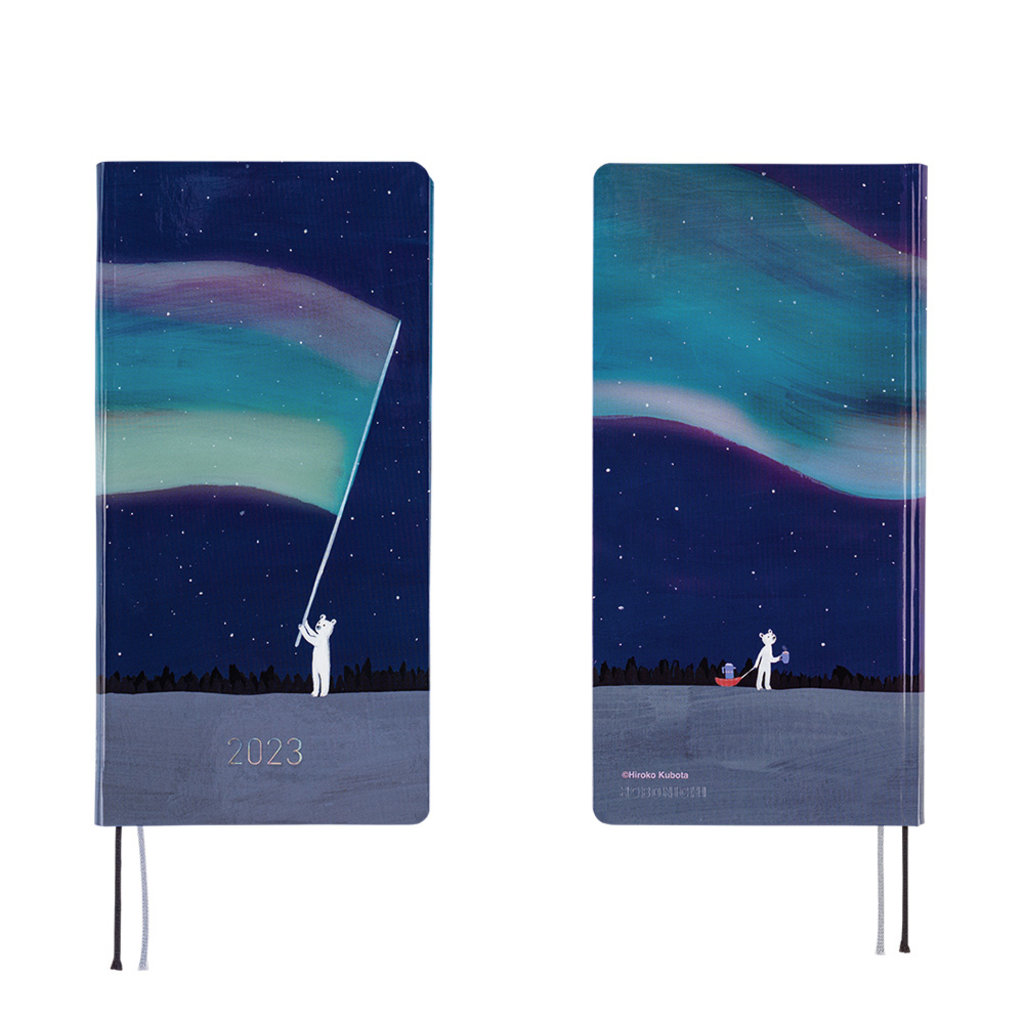 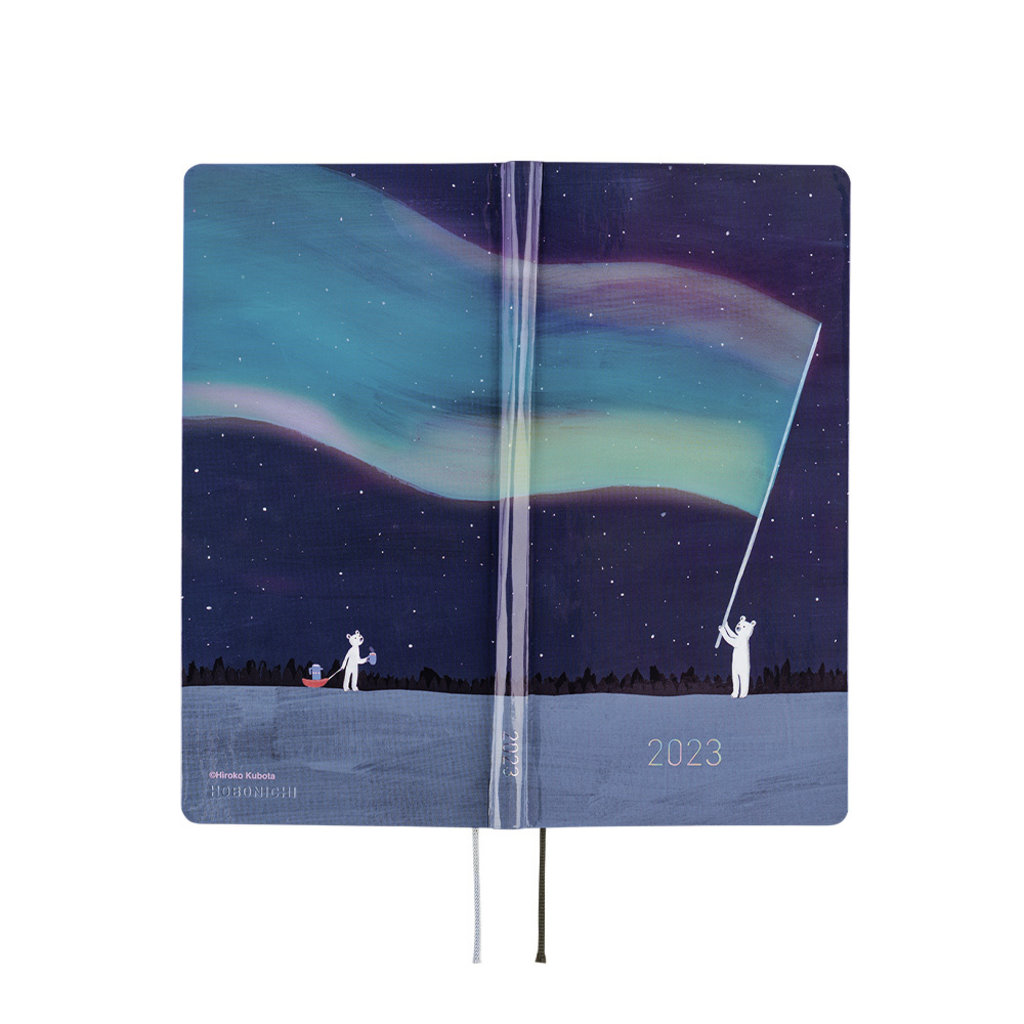 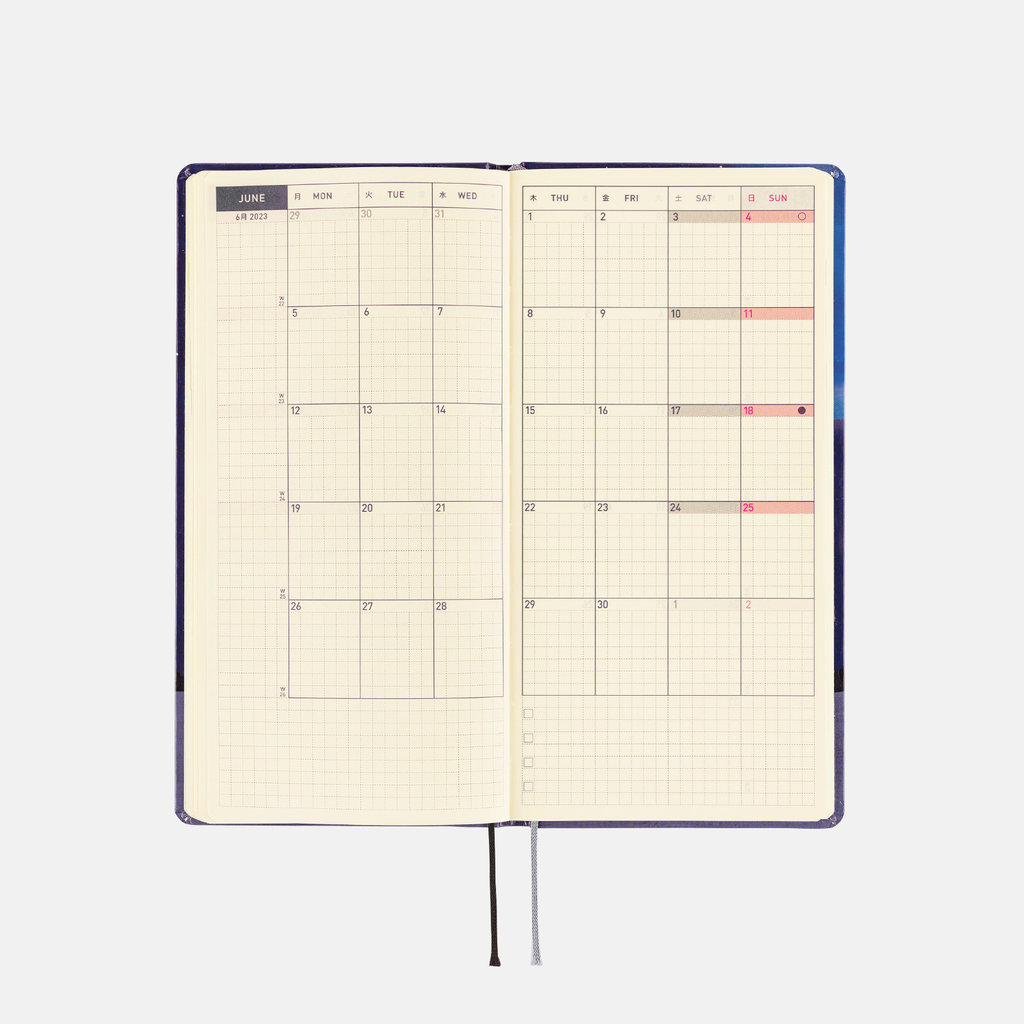 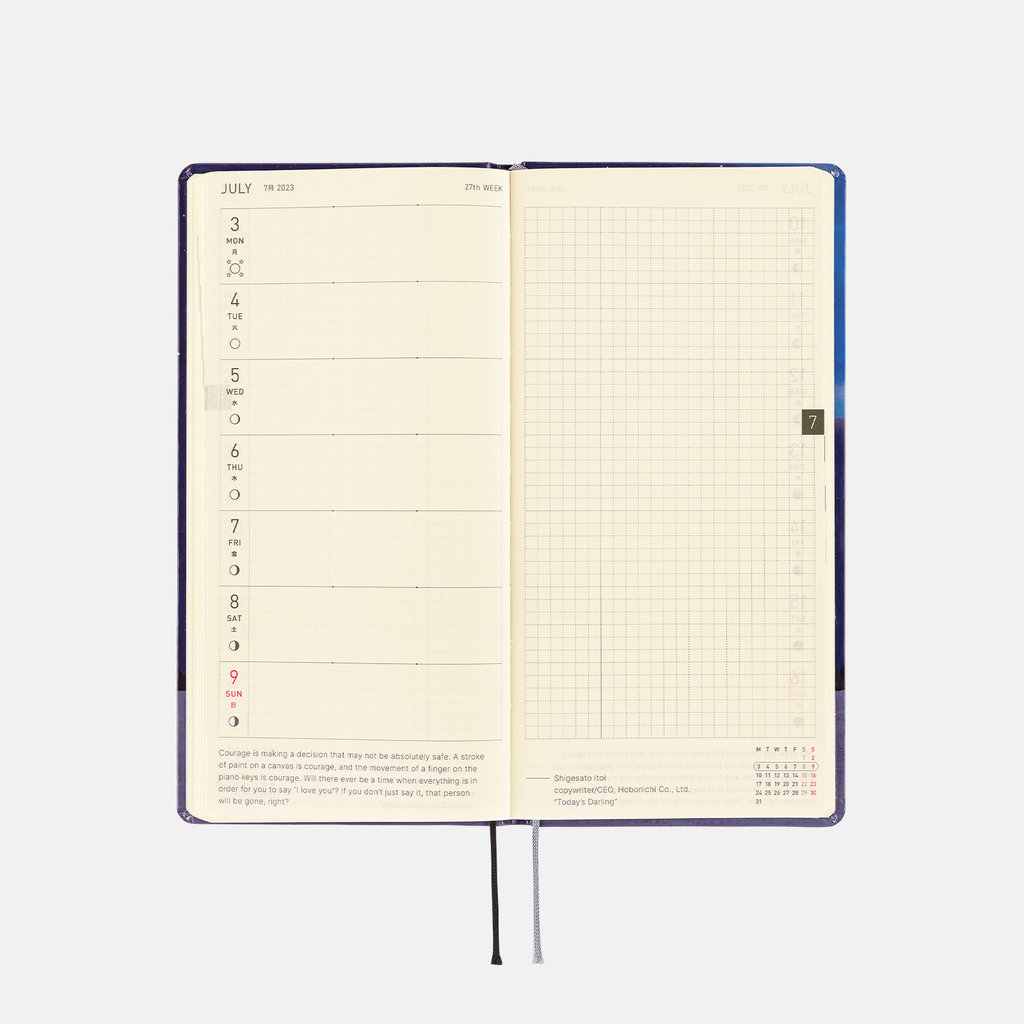 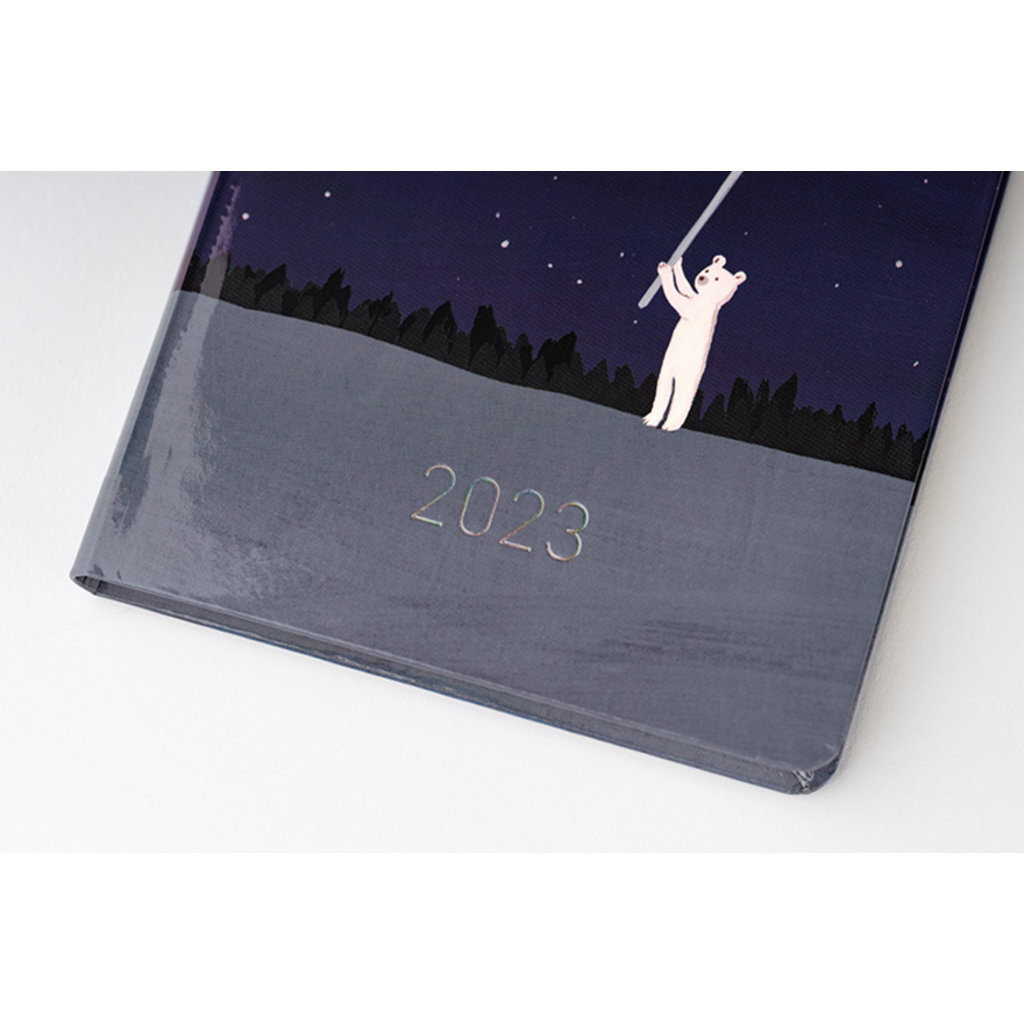 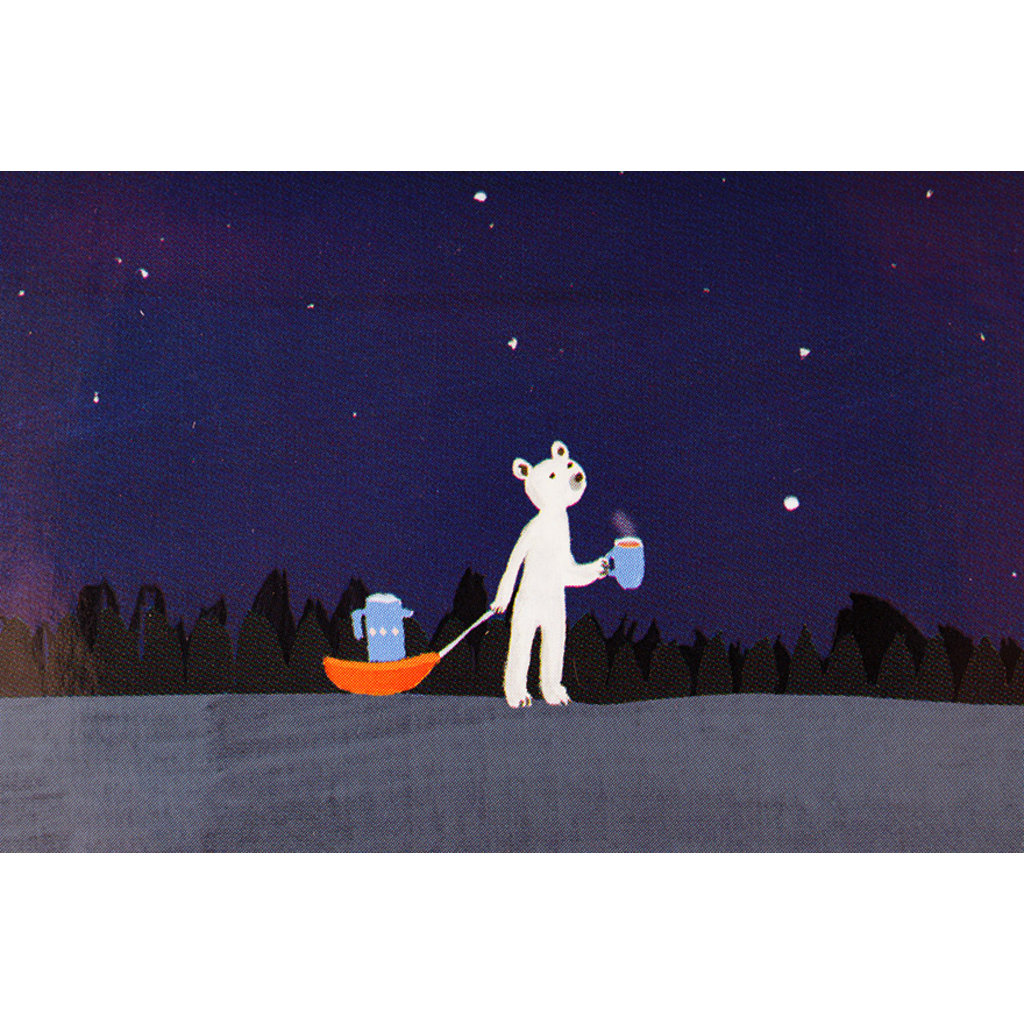 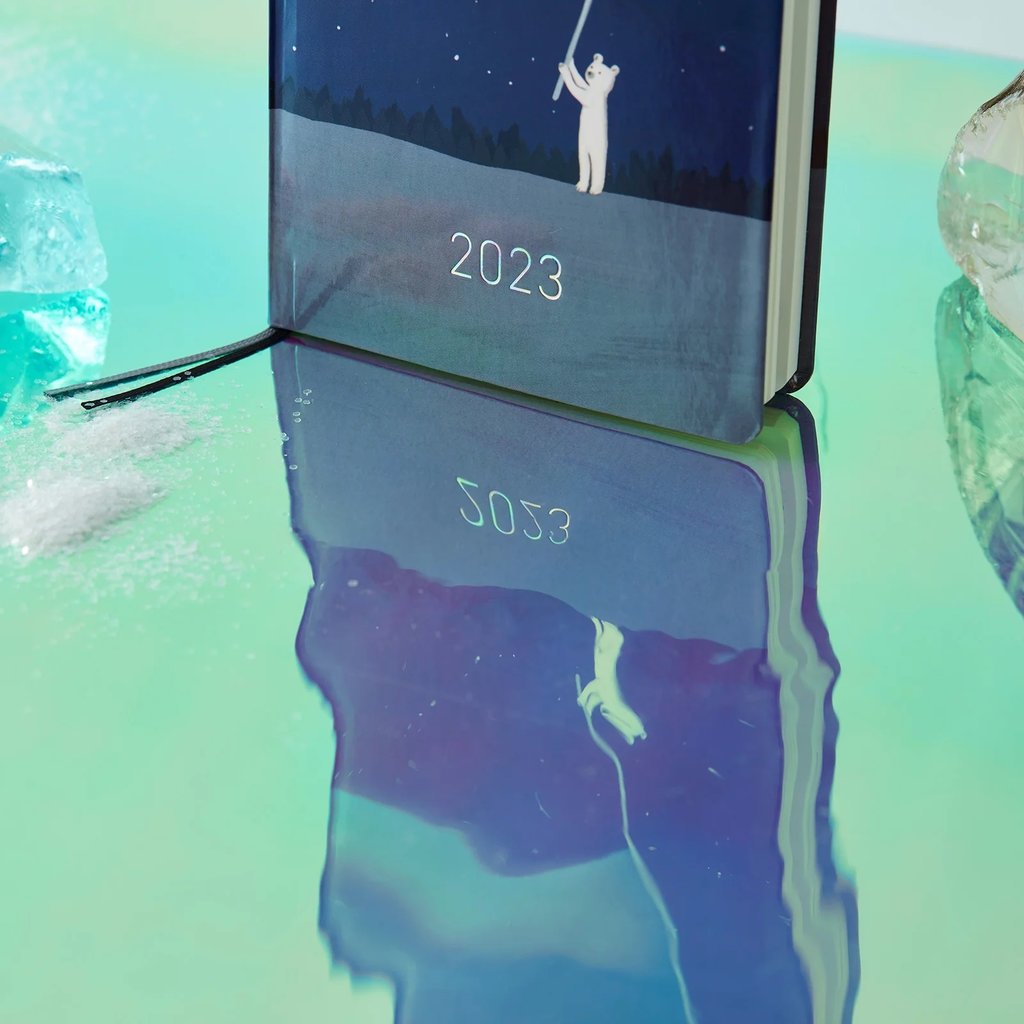 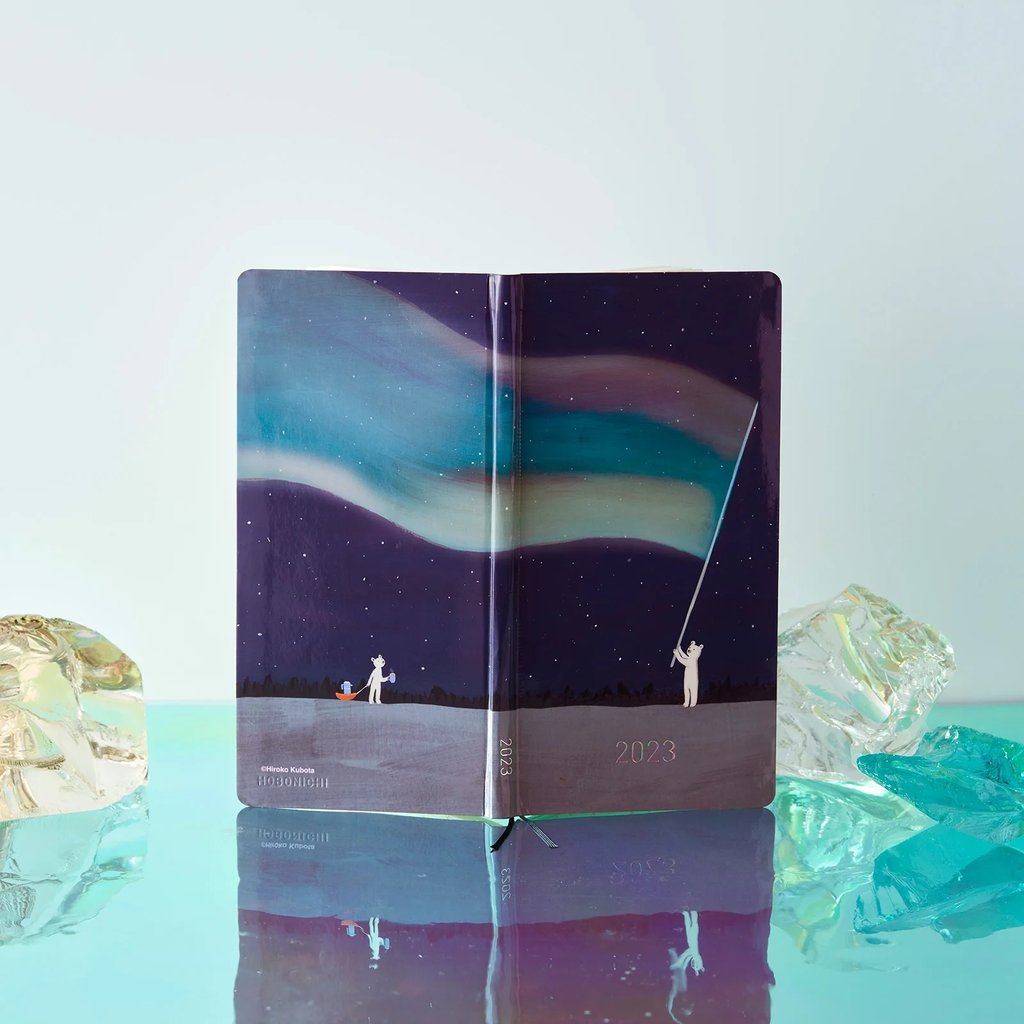 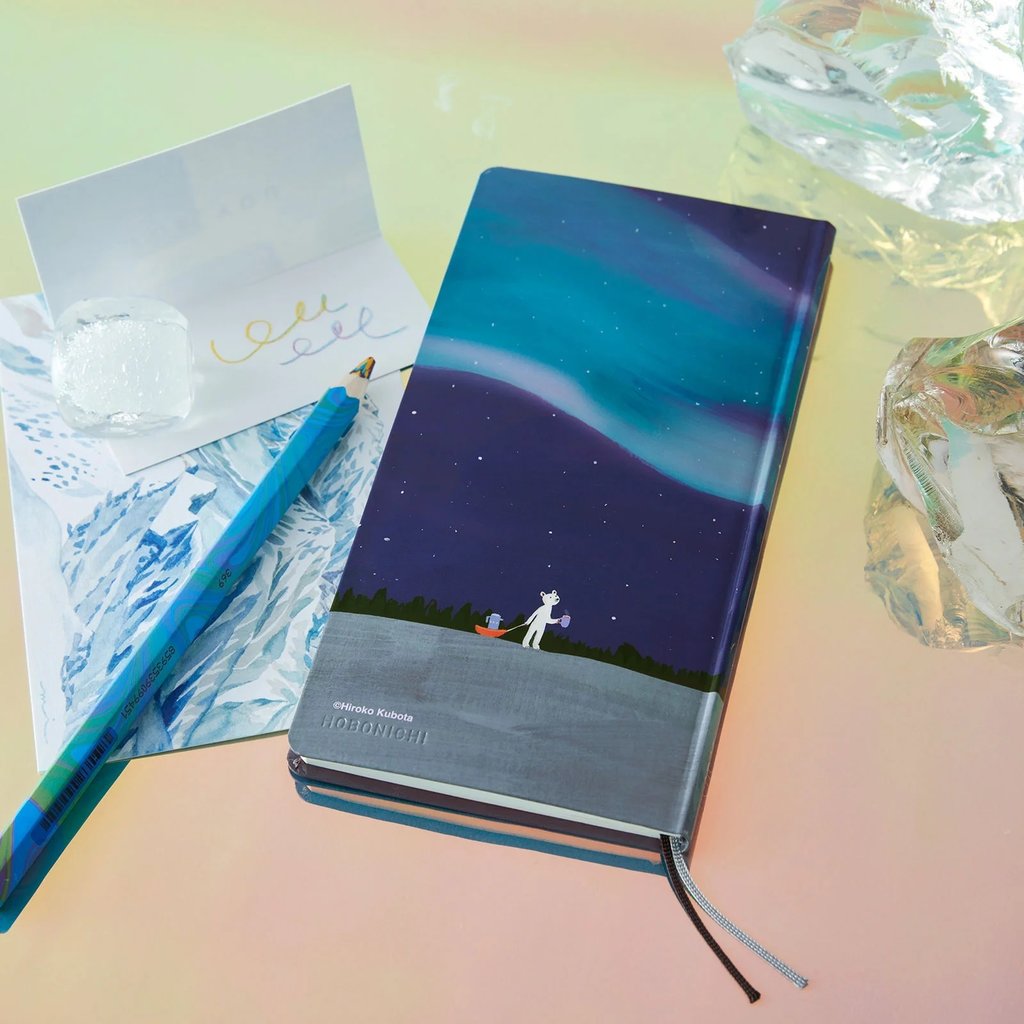 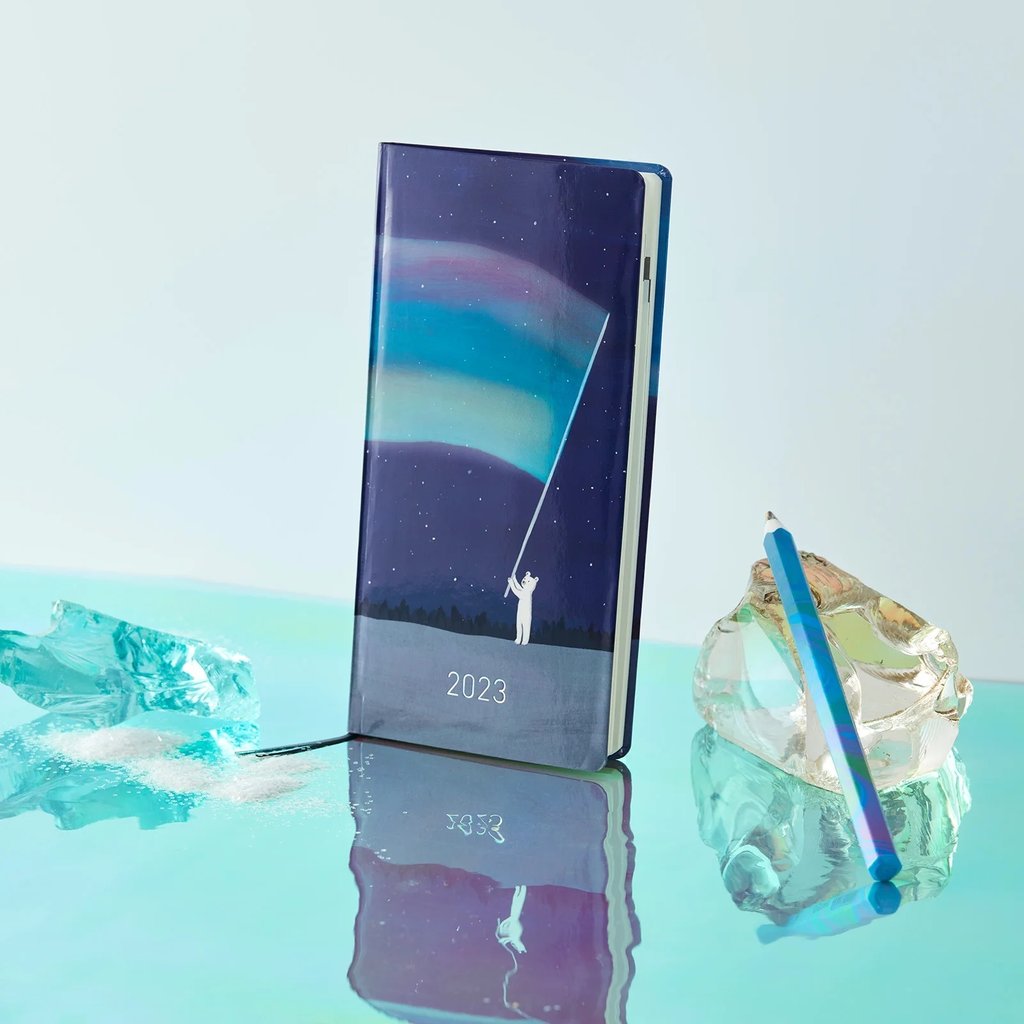 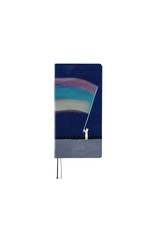 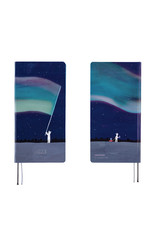 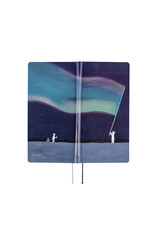 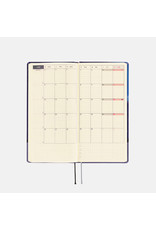 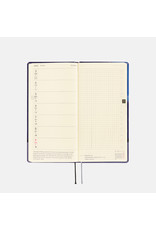 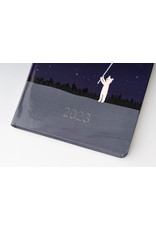 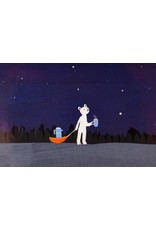 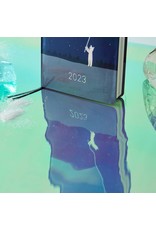 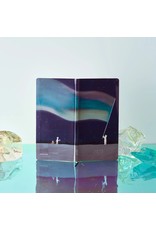 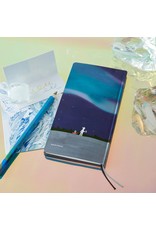 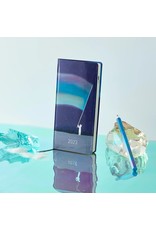 The English-version Hobonichi Techo Weeks makes its grand debut in the Hobonichi Techo 2023 lineup. To commemorate this special addition, we’ve put together this Aurora Duty Weeks book design as an exclusive for the English verison. Illustrator Hiroko Kubota created the artwork.

The cover artwork depicts what appears to be a quiet night in a distant northern country. You can see a forest off in the far distance underneath the vast skies, and a polar bear is waving an enormous flag. It appears that it’s the bear’s turn tonight to draw an aurora across the sky, for Aurora Duty.

The starry, cloudless sky has gorgeous aurora colors dragging through its sparkling colors of blue and purple. The bear may have a certain trick to properly raising the flag across the sky. It may appear at first glance that the bear is quietly performing his duty for the night, but as you continue studying the picture, you may see that his expression almost looks proud.

As if cheering on the bear’s efforts, the year 2023 is foil-pressed in its own aurora-colored foil that shines in seven colors. Every time you see it you’ll feel your spirits lift.

The cover has been constructed as a light, hardcover book with some give to it so it still bends. The back of the cover shows one more bear gazing at the auroras. It’s pulling along a warm drink on a sled, perhaps arriving to sightsee the mesmerizing sight. Or maybe it’s coming to take over the next shift.

We hope this beautiful, story-filled Weeks book fills your year with color.

When you order this Hobonichi Techo Weeks, you’ll receive a clear, adhesive corner pocket you can stick anywhere you like.