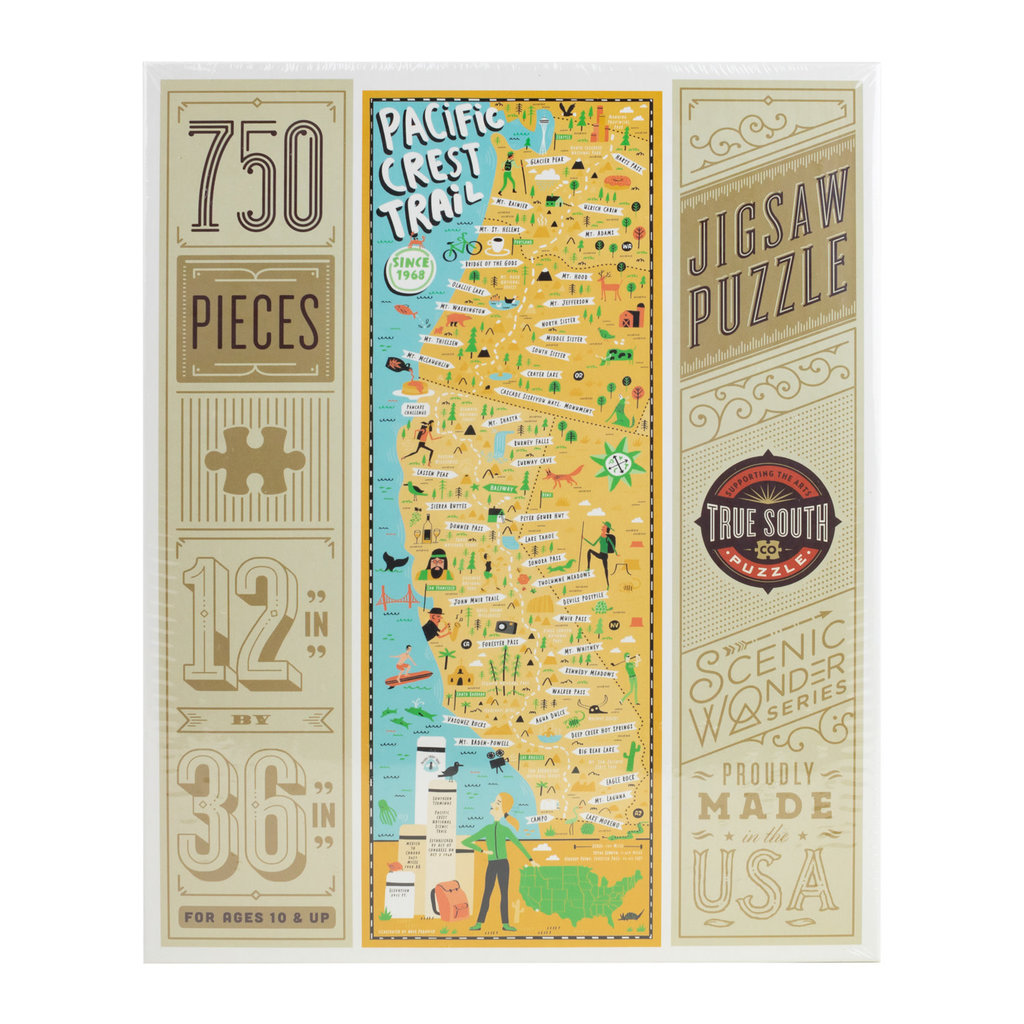 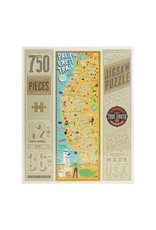 The Pacific Crest National Scenic Trail - casually called "the PCT" - was the vision of Clinton Churchill Clarke in the early 1930s. It would take until 1968 for it to be designated as a national trail and until 1993 to reach completion. The PCT stretches 2659 miles, passing through seven national parks and 25 national forests. Its elevation rises spectacularly, from just above sea level at the Washington-Oregon border to 13153 feet at Forester Pass in the Sierra Nevada range. A "thru-hike" can take four to six months. Along with the Appalachian Trail and the Continental Divide Trail, the Pacific Crest Trail from the Triple Crown of Hiking. This true south creation by artist Nate Padavick will take you every magnificent mile. Happy Puzzling! 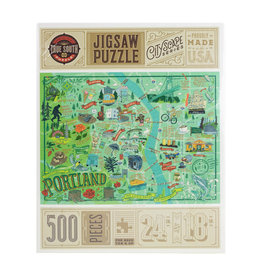 Nestled in the confluence of the Willamette and Columbia rivers, Portland, Oregon, the city of roses, thrives and grows. Artist Evie Coates' puzzle design provides a map of the nooks and crannies of Portland's unique history, style, and tourist destinatio
Add to cart
Portland Illustrated Puzzle 500 pc
$25.00
We use cookies and similar technologies to run this website and help us understand how you use it. Your personal data will not be shared with anyone, ever. Manage cookies