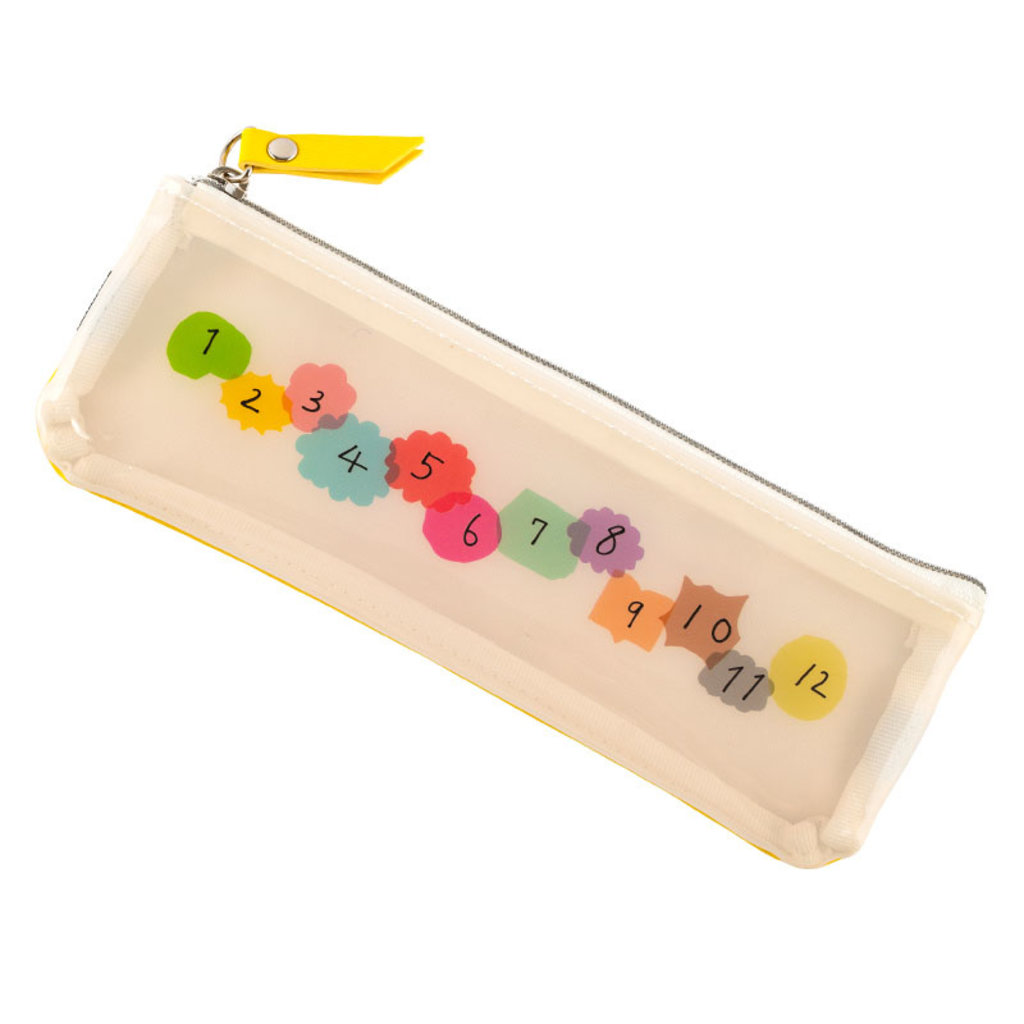 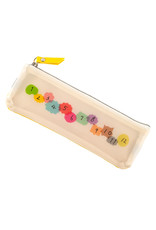 Because the pen case includes an elastic band, you can attach it to your Weeks and carry a few of your favorite pens alongside your techo.

The front of the case features a colorful print of the illustrated numbers 1-12 by Ryota Kisihida. Because the base color of the design is a semitransparent, milky white, you can slightly see the pens or other contents of the bag.

The back of the case is a bright yellow, pressed with the Hobonichi logo and Ryota Kisihida’s signature which reads, “R.” Having the band attached to the case prevents the techo from accidentally opening up inside your bag. You can also use it on either the Weeks or the Weeks Mega.

The cover design of the 365 Days is only truly useful during the year in 2022, but the pen case was designed to be useful long after that. The carefully illustrated numbers seem as comforting and protective as a lucky charm.

Ryota, who has Down Syndrome, was unable to write until recently when he practiced writing page numbers for Nami Kishisida’s book, I Love My Family for Who They Are. He has since earned a job as a “letter craftsman” of sorts. He painstakingly drew every number for the 365 Days Weeks book, and he also successfully accomplished the tedious task of tracing over every text balloon, which would require concentration and patience.