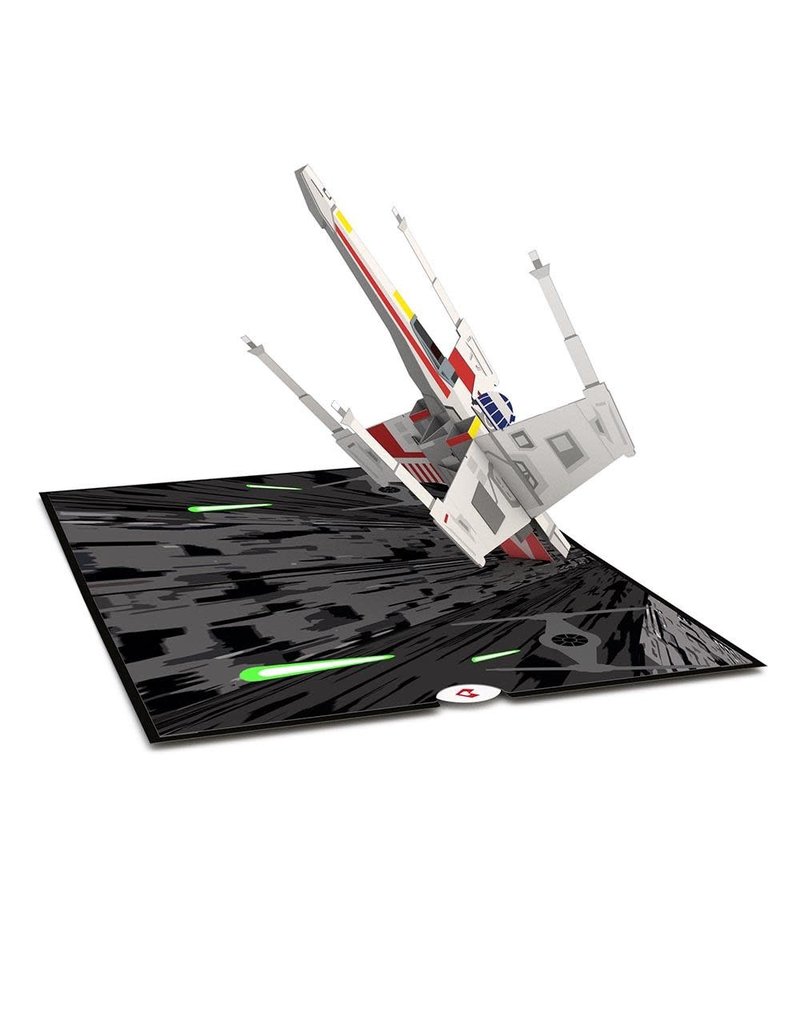 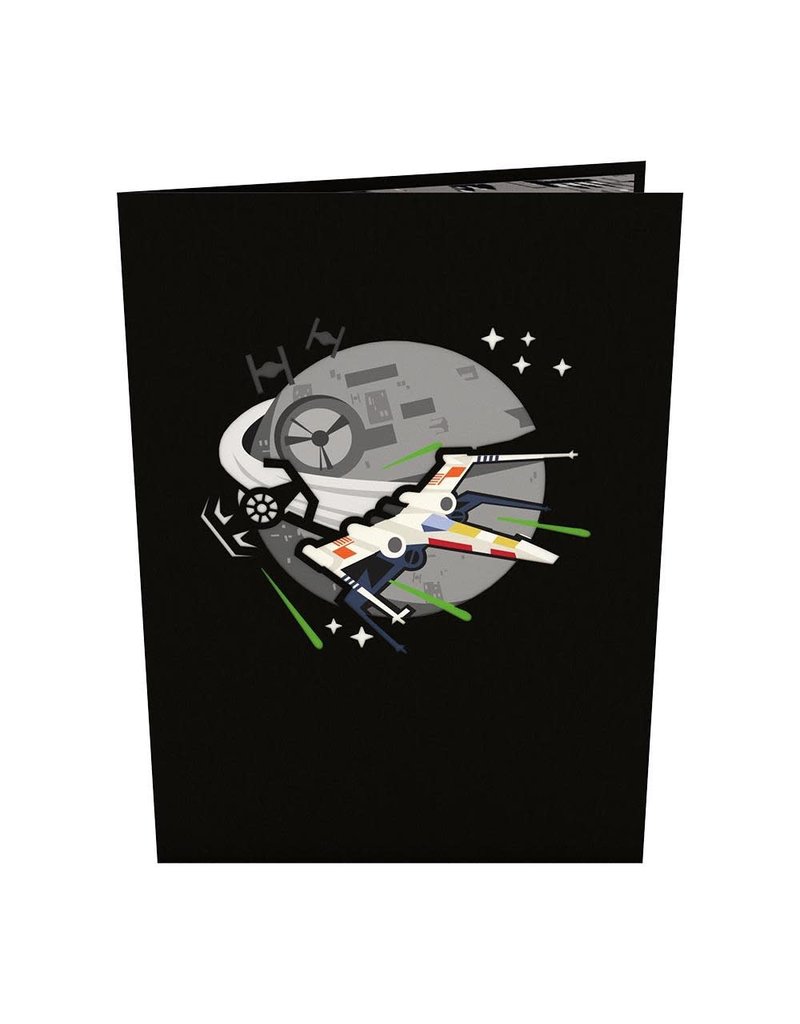 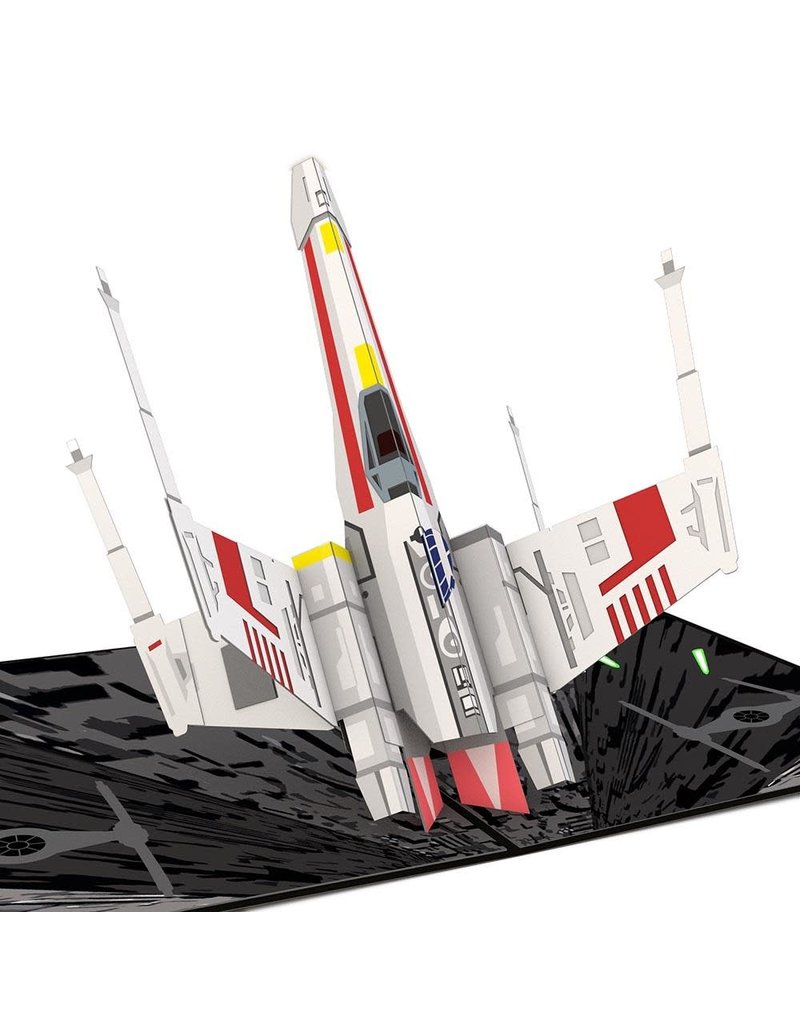 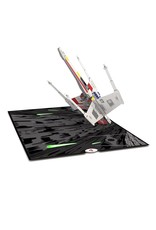 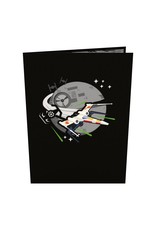 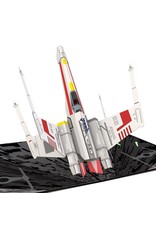 The black cover of the X-wing Starfighter pop up card features a red, orange, yellow, and white X-wing Starfighter evading a black TIE Fighter’s™ green lasers. In the distance, the gray Death Star™ and six stars add context to the scene and make for one awesome cover. 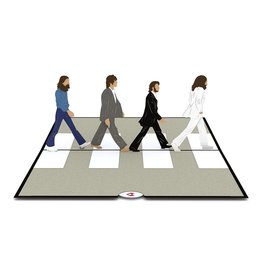 The black cover of The Beatles Abbey Road pop-up card features a laser-cut illustration of the band's iconic logo.

Once opened the Beatles themselves emerge. George Harrison, Paul McCartney, Ringo Starr and John Lennon walking outside of their studio i
Add to cart
Abbey Road Beatles
$15.00 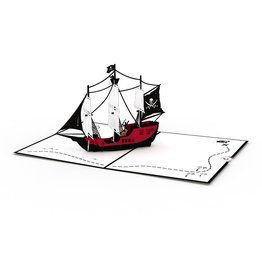 The Jolly Roger is featured on the black cover of this exciting pop-up card. Open the card to find a black and red pirate ship under full sail headed off to the high seas. Look closely to find the pirates aboard the ship ready for a fight. A treasure map
Add to cart
Pirate Ship
$15.00 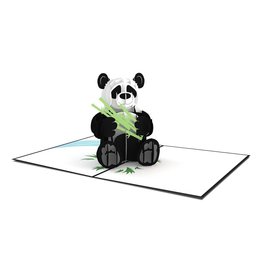 The front of this black pop-up card features a loveable Panda Bear hanging onto the end of a bamboo shoot. Laser-cut details on the bamboo reeds and leaves add a realistic finish to the whimsical illustration. Once opened, a cheerful Panda Bear pops up, h
Add to cart
Panda Bear
$15.00 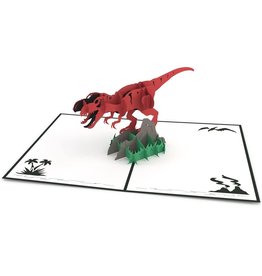 The front of the green pop up card features an illustration of a Tyrannosaurus Rex towering over palm trees with a volcano in the distance. 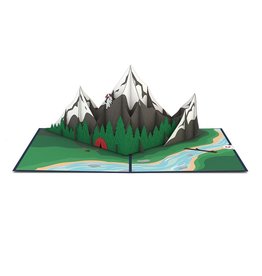 As an epic ode to the great outdoors, the Mountains card features a gray laser-cut, snow-capped peak on its navy blue front. Inside, a grand mountain range unfolds, sloping majestically along a bright blue river. A billy goat backpacker scales the terrain
Add to cart
Mountains
$15.00 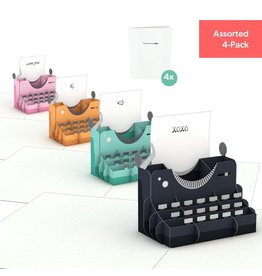 This love-filled pack features four assorted notecards with "You are just my type" written across each cover. Upon opening, an adorable typewriter pops up - each notecard contains a different color.  These sweet sentiments are perfect for notes for the on
Add to cart
Typewriter Pop Up Notecards - set of 4
$23.00 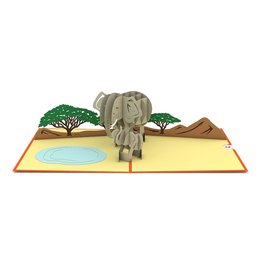 The orange and yellow cover of this incredible pop-up card features an illustration of the silhouettes of an adult and baby elephant peacefully walking along the open plains of sub-Saharan Africa. A majestic Acacia tree looms in the background. 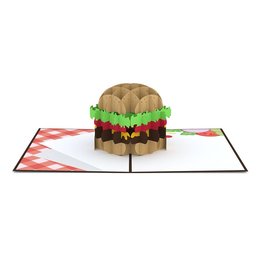 The brown cover of this mouth-watering Burger pop up card features a laser-cut illustration of a spatula flipping up a beef patty into the air.
Add to cart
Burger
$15.00
We use cookies and similar technologies to run this website and help us understand how you use it. Your personal data will not be shared with anyone, ever. Manage cookies