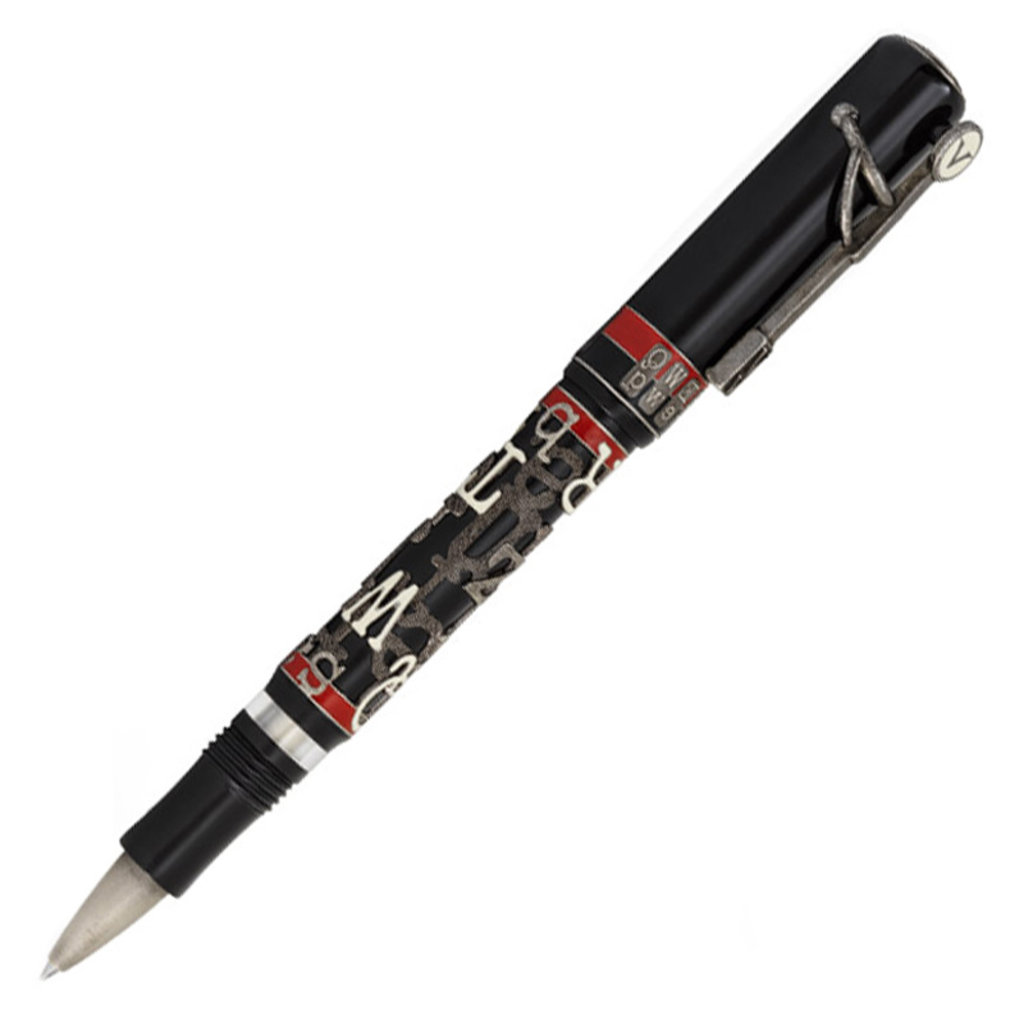 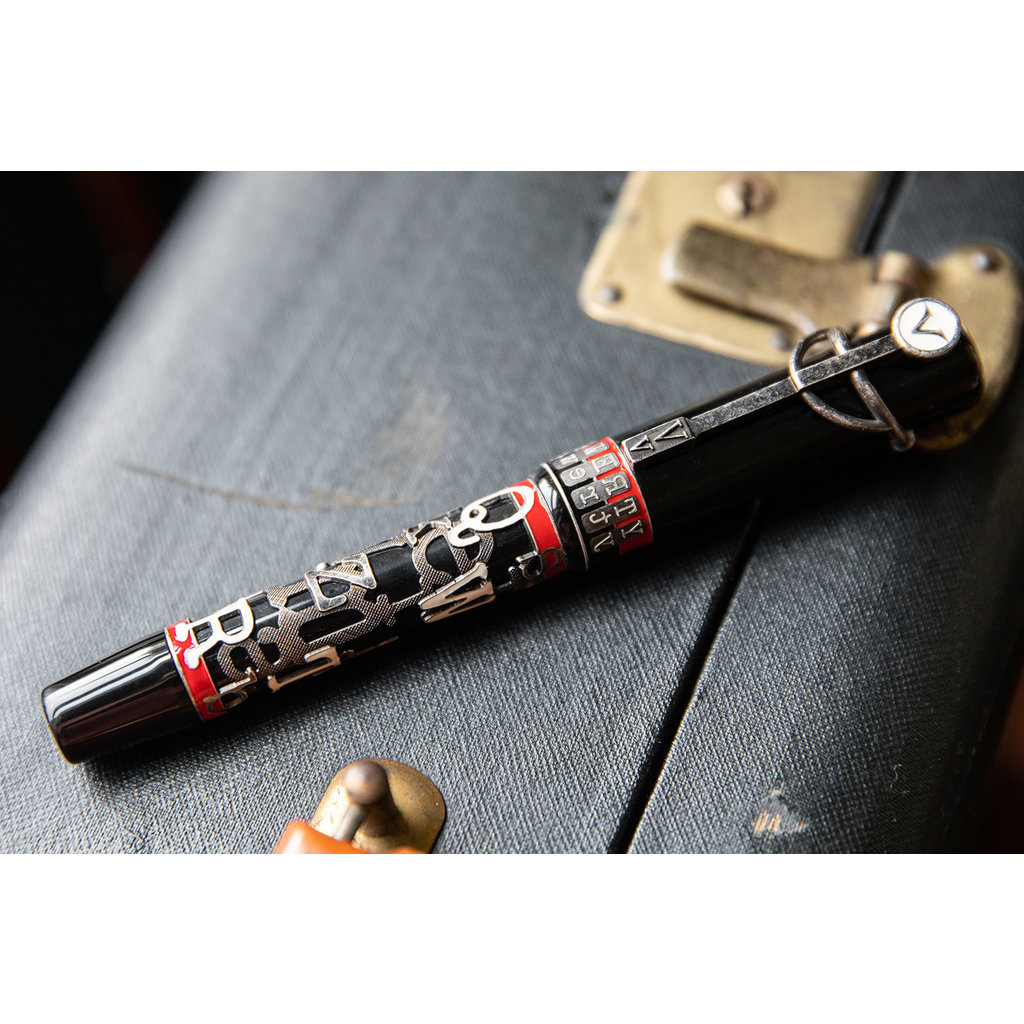 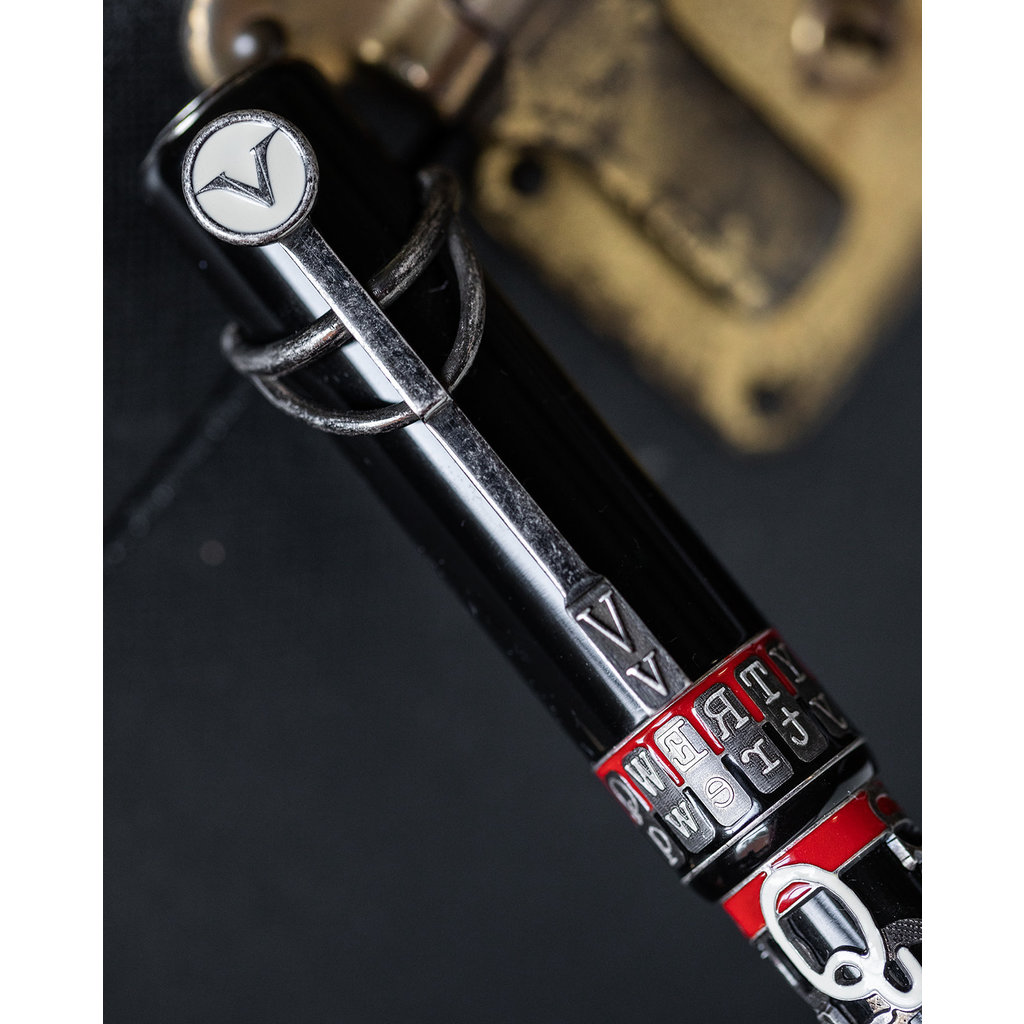 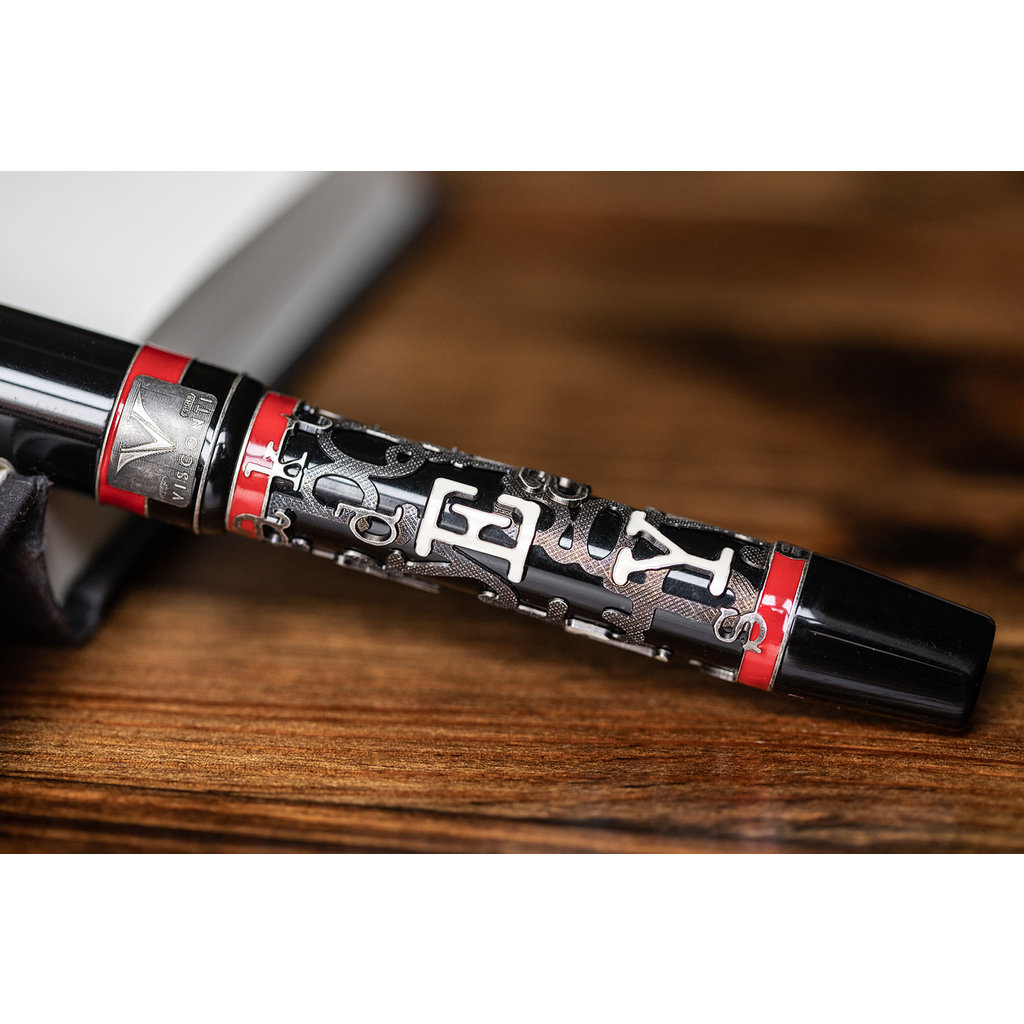 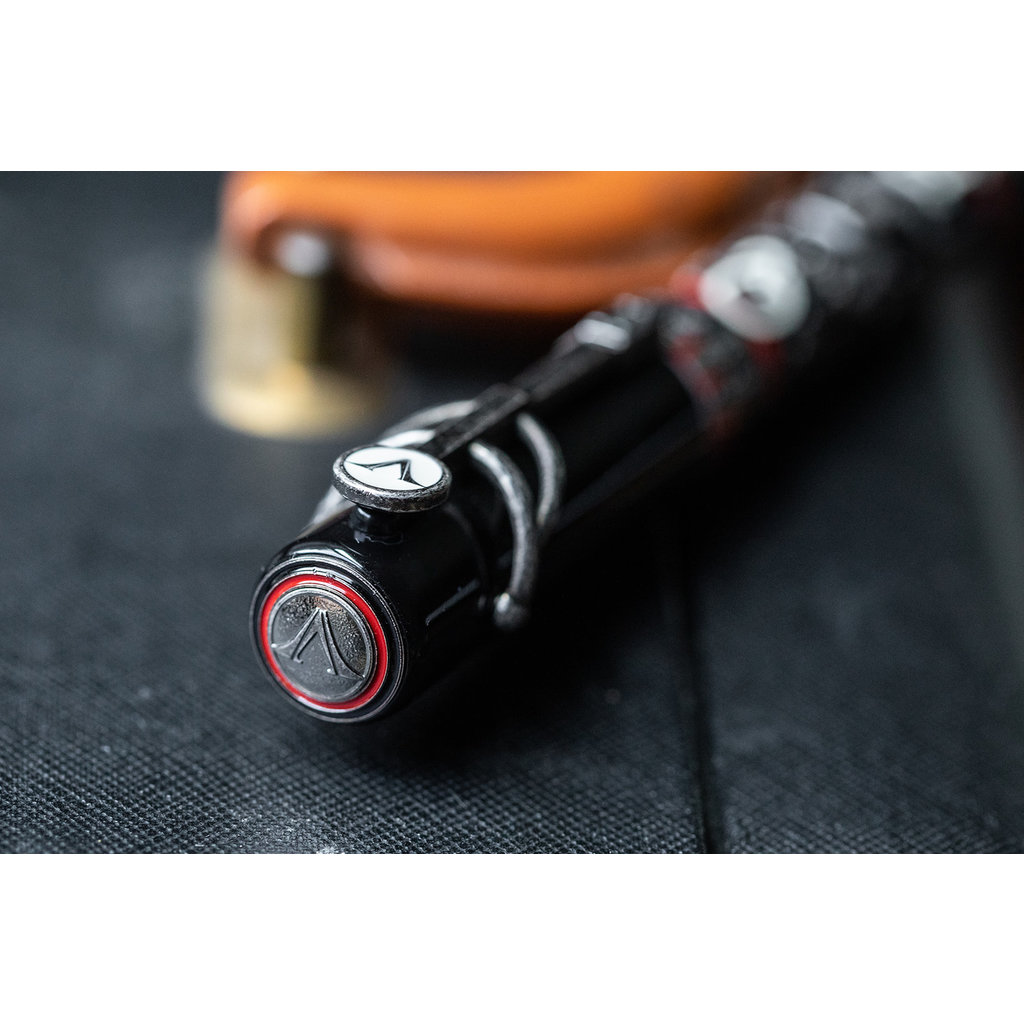 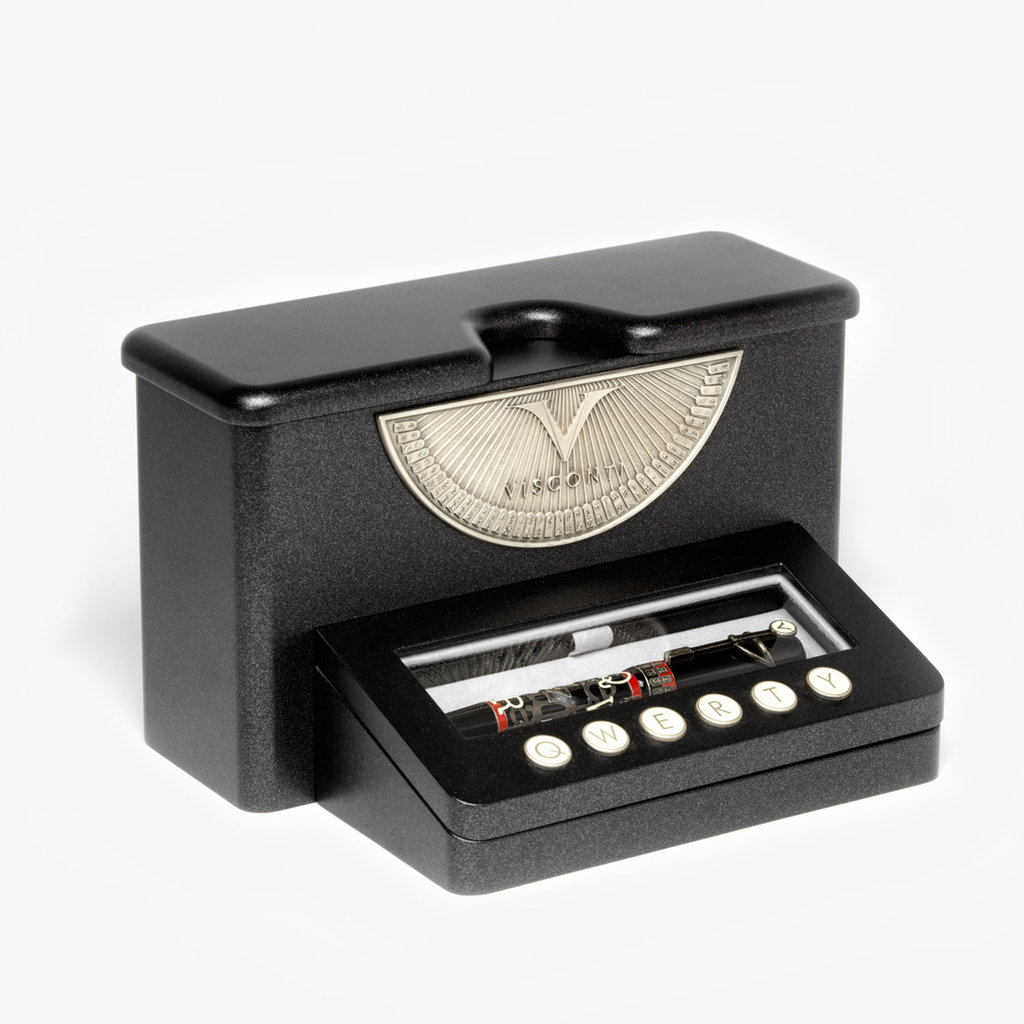 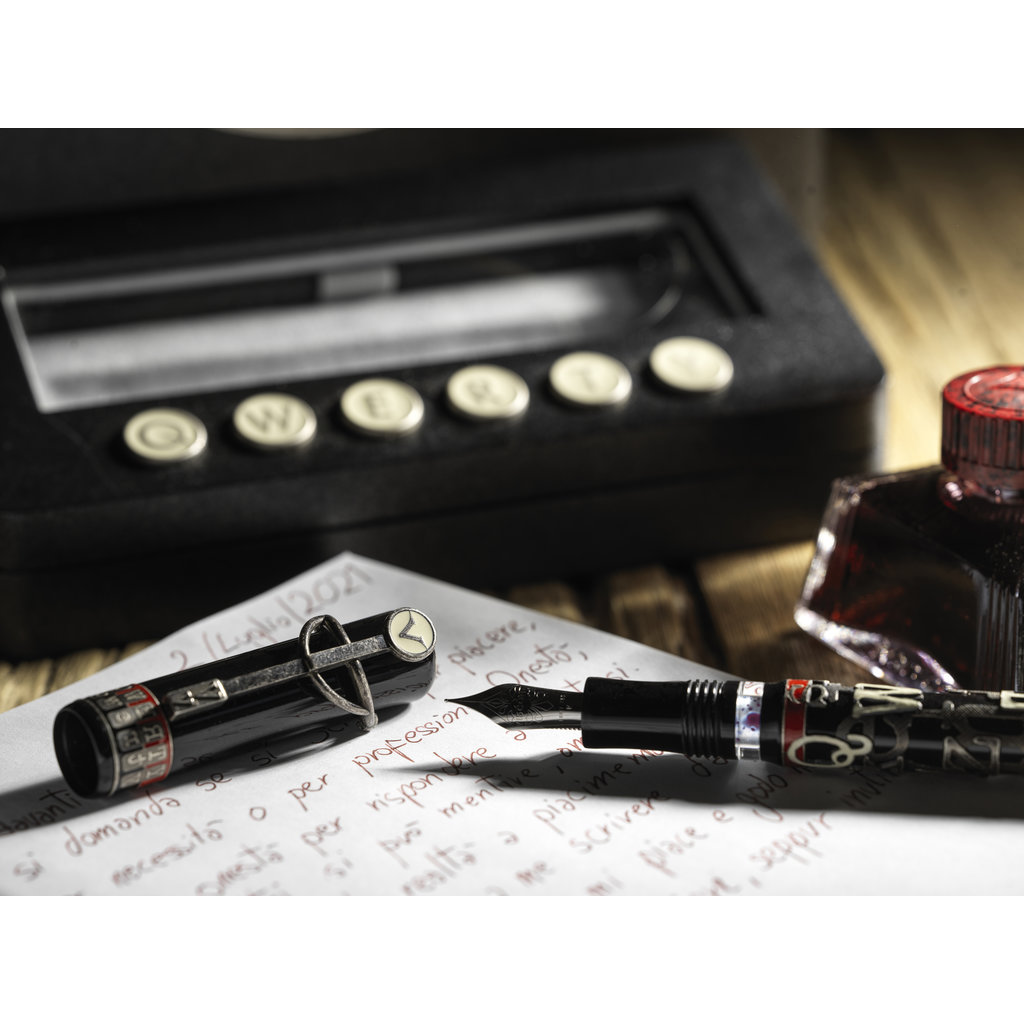 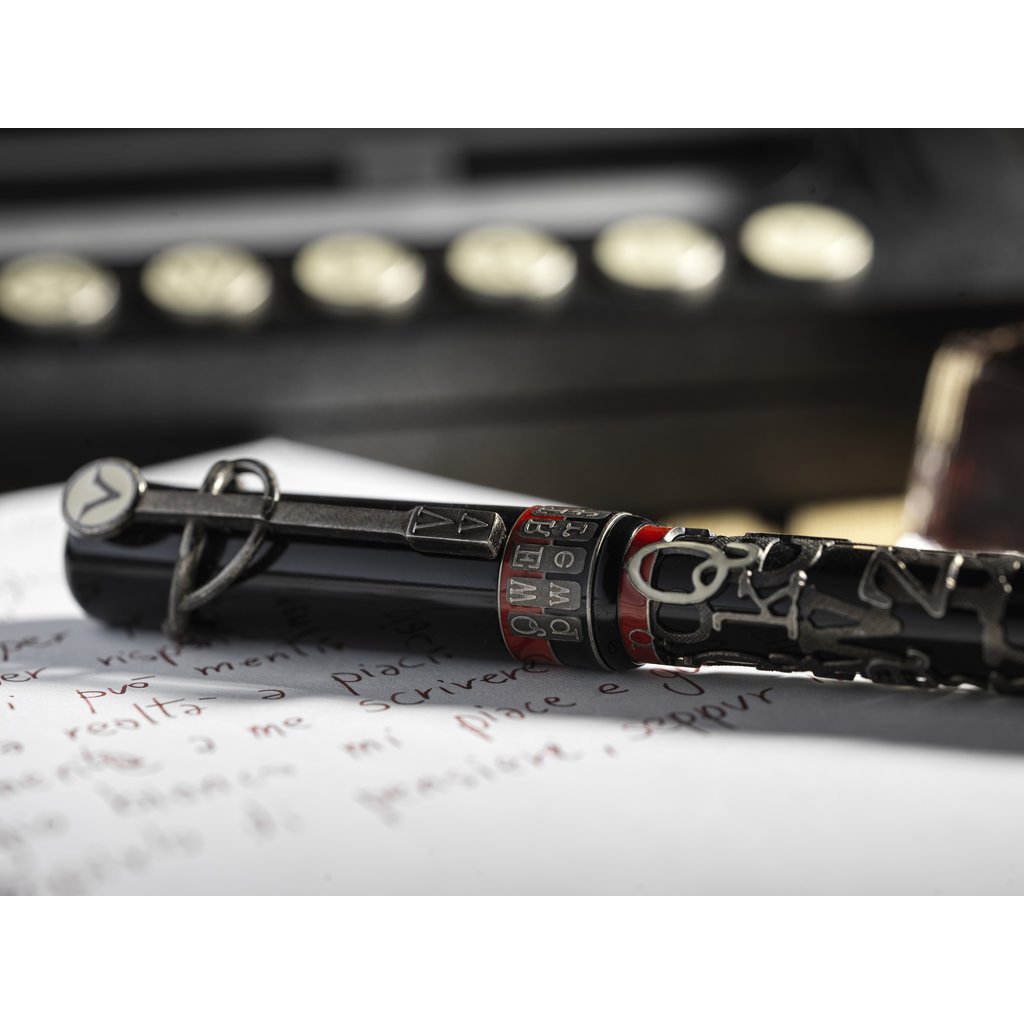 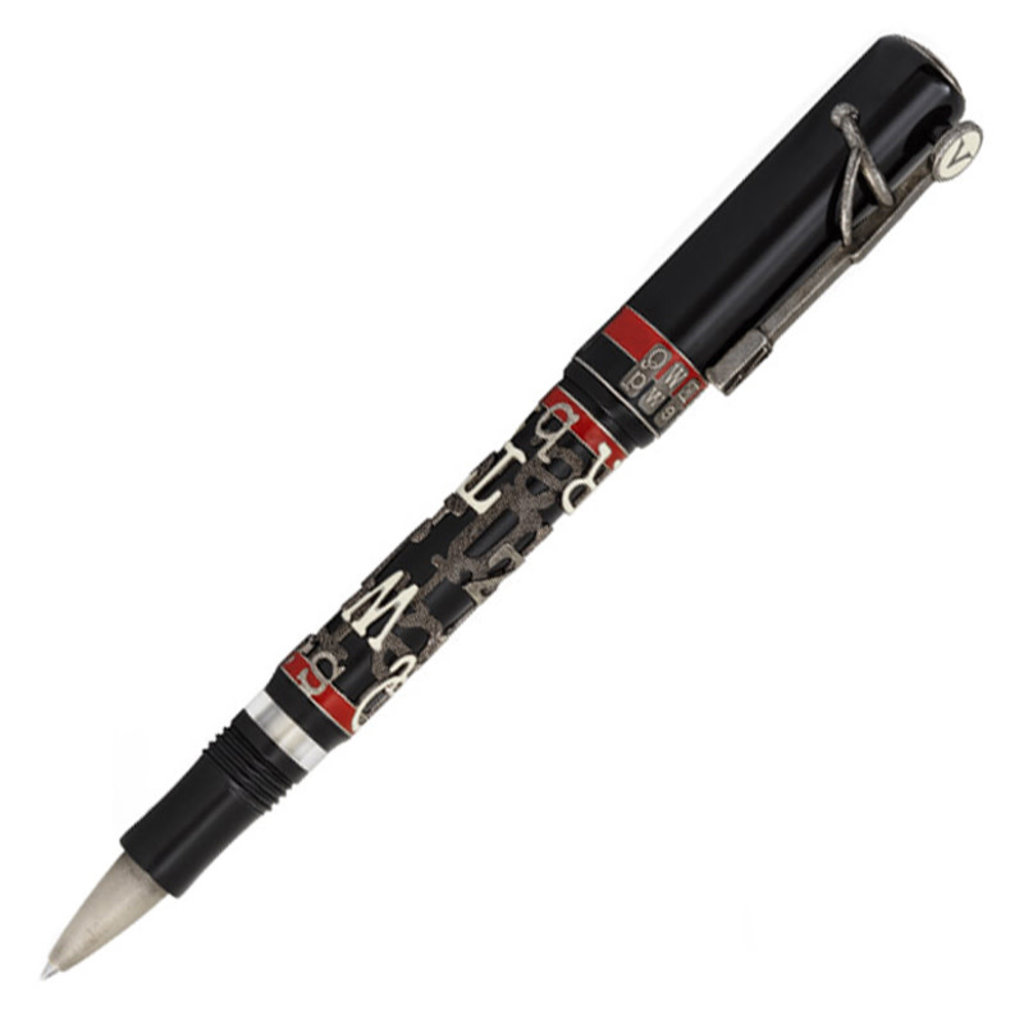 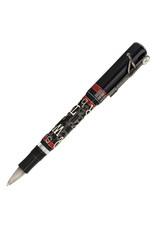 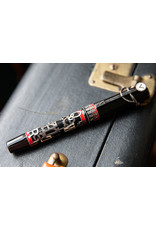 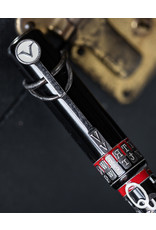 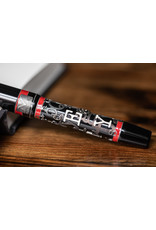 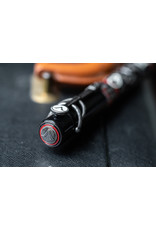 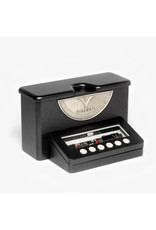 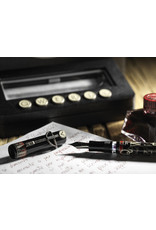 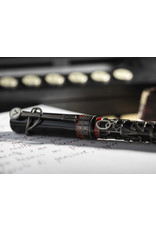 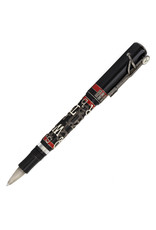 Visconti is delighted to present their latest limited edition collection, 'QWERTY'. A pen inspired by the alphanumeric keyboard patented in 1864 by Christopher Sholes. With this pen, Visconti pays homage to a timeless system, born with typewriters, but still present today in everyday life.

Sholes designed his keyboard with the key objective to help people type faster. His solution was to separate commonly used letter pairings, such as "ST," to avoid ‘typewriter jams’, effectively allowing the typist to type faster, rather than slower.

Sholes named his keyboard 'Qwerty', which spells out the first six 'letter' keys of his iconic keyboard system.

Visconti was inspired by the first Remington typewriters when crafting the limited edition Qwerty box. The lower section, where the writing instrument is stored, has a magnetic closure system and a glass window that allows a glimpse of the pen. The lid is embellished with aged-silver and ivory enameled keys that make up the word Qwerty. The case also showcases an aged-silver plaque with the Visconti logo, reminiscent of typewriter strikers.

The Qwerty fountain pen and rollerball are available for pre-order now! 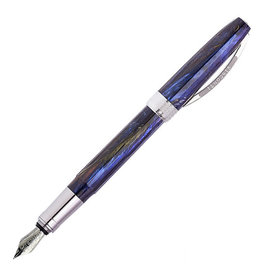 Vincent Van Gogh is considered one of the greatest and most innovative painters in art history, a pioneer who brought the emotionalism of Impressionist brushstrokes to the extreme. 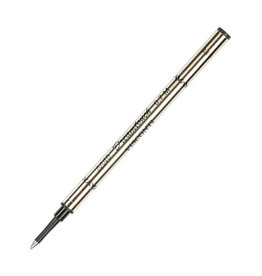 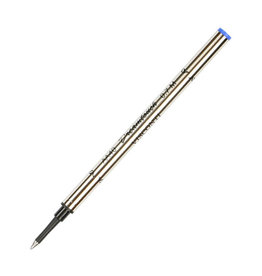 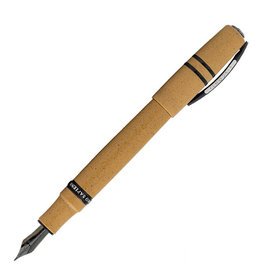 The Homo Sapiens is handmade from hardened basaltic lava sourced from the Mount Etna volcano in Italy, with a trim made of solid bronze. Visconti lava is virtually unbreakable, comfortable and warm to the touch - and slightly hygroscopic, absorbing moistu
Add to cart
Visconti Homo Sapiens Lava Sandstorm Fountain Pen Extra Fine
$716.00 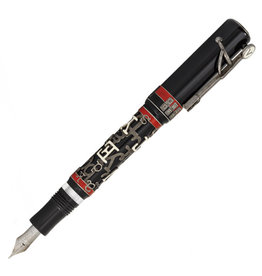 Visconti is delighted to present their latest limited edition collection, 'QWERTY'. A pen inspired by the alphanumeric keyboard patented in 1864 by Christopher Sholes. With this pen, Visconti pays homage to a timeless system, born with typewriters, but st
Add to cart
Visconti QWERTY Limited Edition 18K Fountain Pen
$3,196.00
We use cookies and similar technologies to run this website and help us understand how you use it. Your personal data will not be shared with anyone, ever. Manage cookies